An innovative alternative to generate hydrogen with CO2 capture 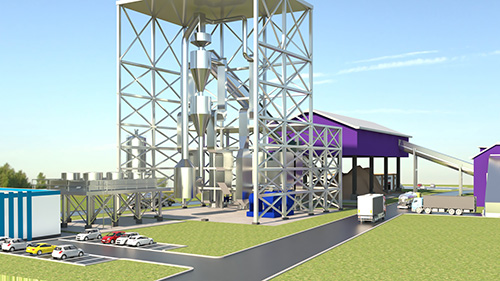 As the world advocates for decarbonization, B&W is responding by looking for innovative ways to contribute to the energy transition and a cleaner tomorrow. Our BrightLoop™ technology, a result of continued and long-standing collaboration between our researchers and our university partner, can be used for a wide range of applications. The process produces desirable outputs, such as hydrogen, while isolating carbon dioxide (CO2) for capture and storage/sequestration or beneficial use.

This technology is a catalyst for helping the industrial world transition to a more sustainable future, supporting the international goal of net-zero CO2 emissions by the middle of the century. Our chemical looping technology can be used in many different processes to arrive at several outcomes; hydrogen generation is just one. 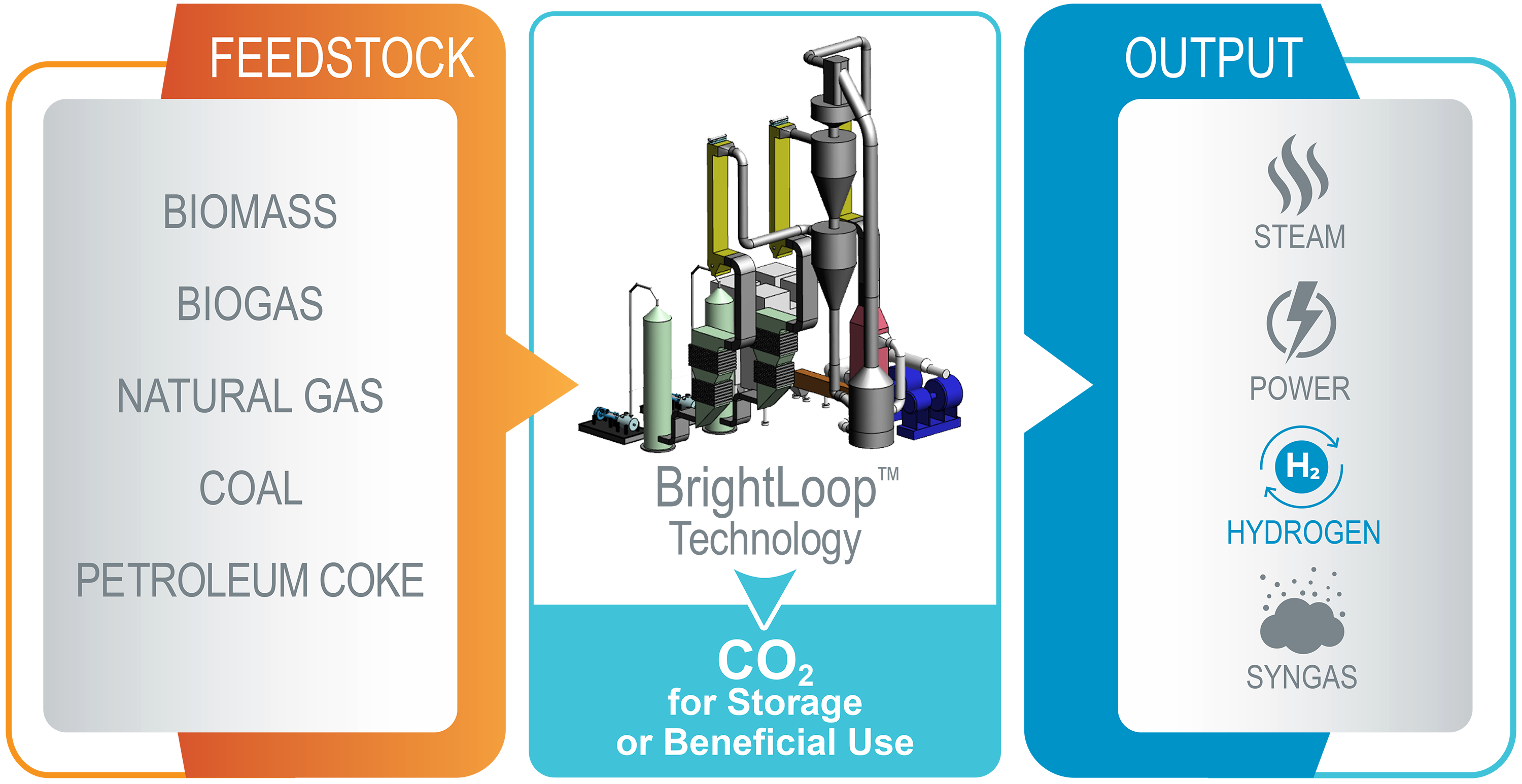 The primary benefits of B&W’s BrightLoop chemical looping technology include:

B&W’s BrightLoop chemical looping technology produces a stream of nearly pure hydrogen separate from a stream of nearly pure CO2. This greatly reduces the amount of energy and fossil fuel required to produce H2 from hydrocarbons while also effectively and inexpensively isolating carbon dioxide. The feedstock fuel stream is largely fuel independent. Solid, liquid or gaseous fuels can be used by the system to produce hydrogen.

Generally, BrightLoop also has much lower Carbon Intensity (CI) scores as compared to other hydrogen production methods when combined with carbon capture. It has the potential to allow the continued use of solid and gaseous hydrocarbons in a cleaner, more environmentally friendly way, while still contributing to net-zero goals.

Initial evaluation indicates a cost of hydrogen production equal to, or better than, current large-scale H2 generation technologies such as steam methane reforming (SMR) or electrolysis.

Scalable for a Range of Applications

The BrightLoop process is scalable to accommodate both large and small applications, suitable for single user off-take.

The oxygen-carrier particles are then transported to a combustor reactor (air reactor) where they are regenerated with air back to their original state. The fuel and hydrogen reactors use moving bed technology while the air reactor uses fluidized-bed technology, both well-proven technologies with which B&W has extensive experience.

The process can also be configured to produce steam, syngas for hydrogen production, liquid fuel or methanol, all with CO2 isolation. 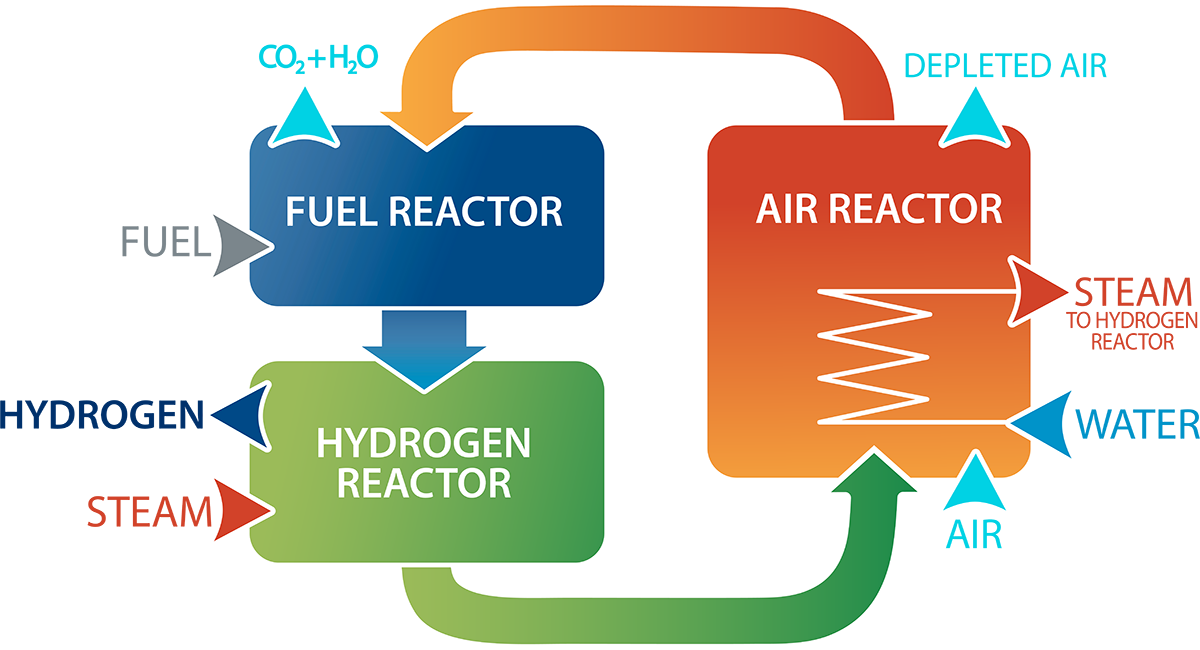 Applications with Various Product Outputs in a Low-Carbon Environment

The flexibility and scalability of B&W's BrightLoop technology, both in terms of usable feedstock and product outputs, provides for a range of industry applications. While hydrogen production is certainly considered a key component of the energy transition, other configurations and functions of BrightLoop chemical looping are available to meet your low-carbon initiatives.

This scenario illustrates hydrogen production using the steam methane reforming process, and includes a boiler for steam production, a water shift reactor, and pressure swing adsorption, along with CO2 capture and boiler NOx control. The unsold or unutilized petcoke stream from oil cracking and refining process is shown as a waste product that is commonly landfilled. BrightLoop technology can use waste petcoke as the feedstock to produce hydrogen while inherently isolating CO2 without the need for separate carbon capture equipment.

In this scenario, adding post-combustion carbon capture onto an existing boiler means a significant capital outlay and significant ongoing operating costs. Replacing the boiler with BrightLoop technology provides a concentrated CO2 stream, steam for process, and the capability to use the waste stream, in this case petcoke, back into BrightLoop, lowering both fuel and waste disposal costs. 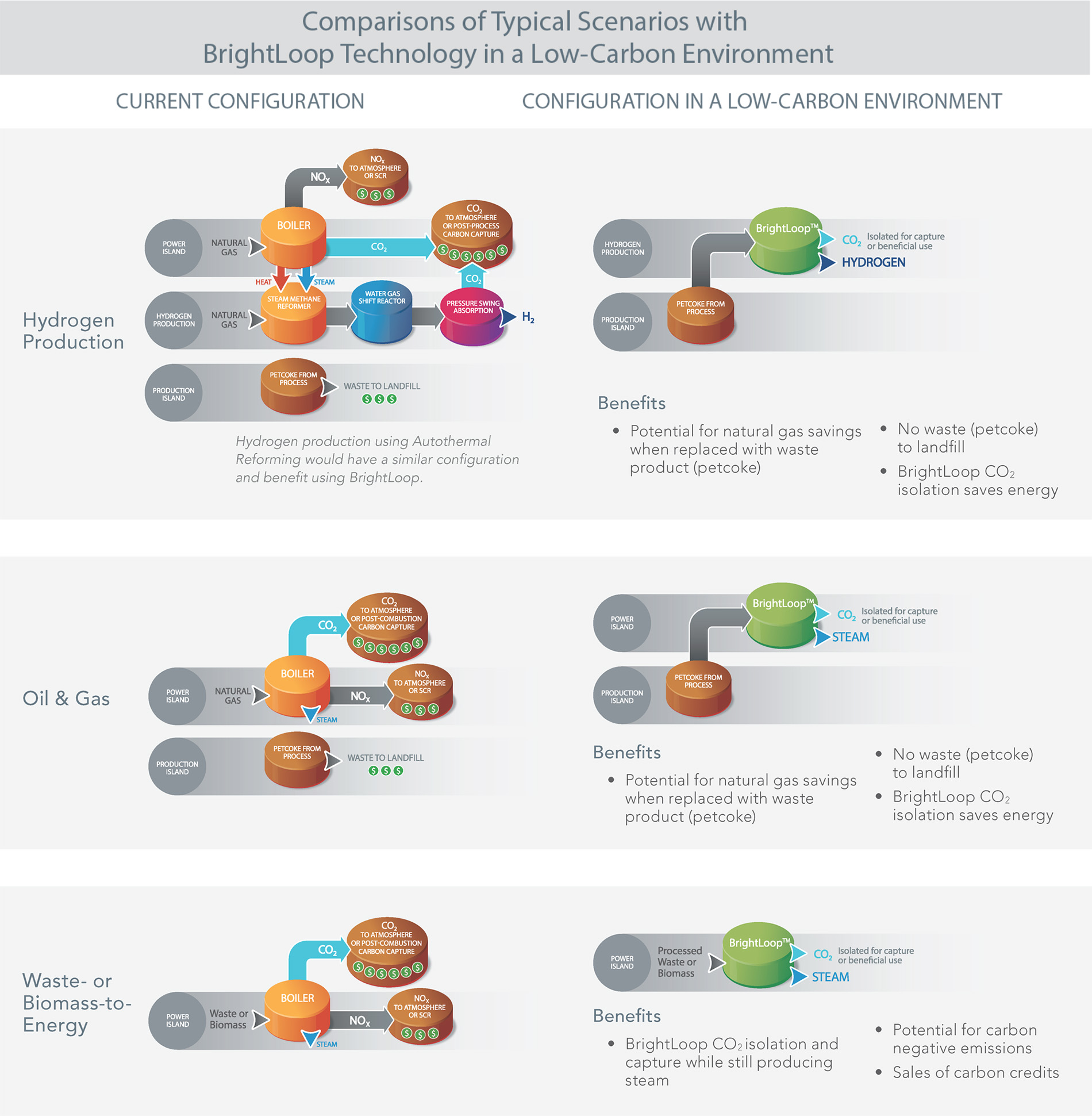 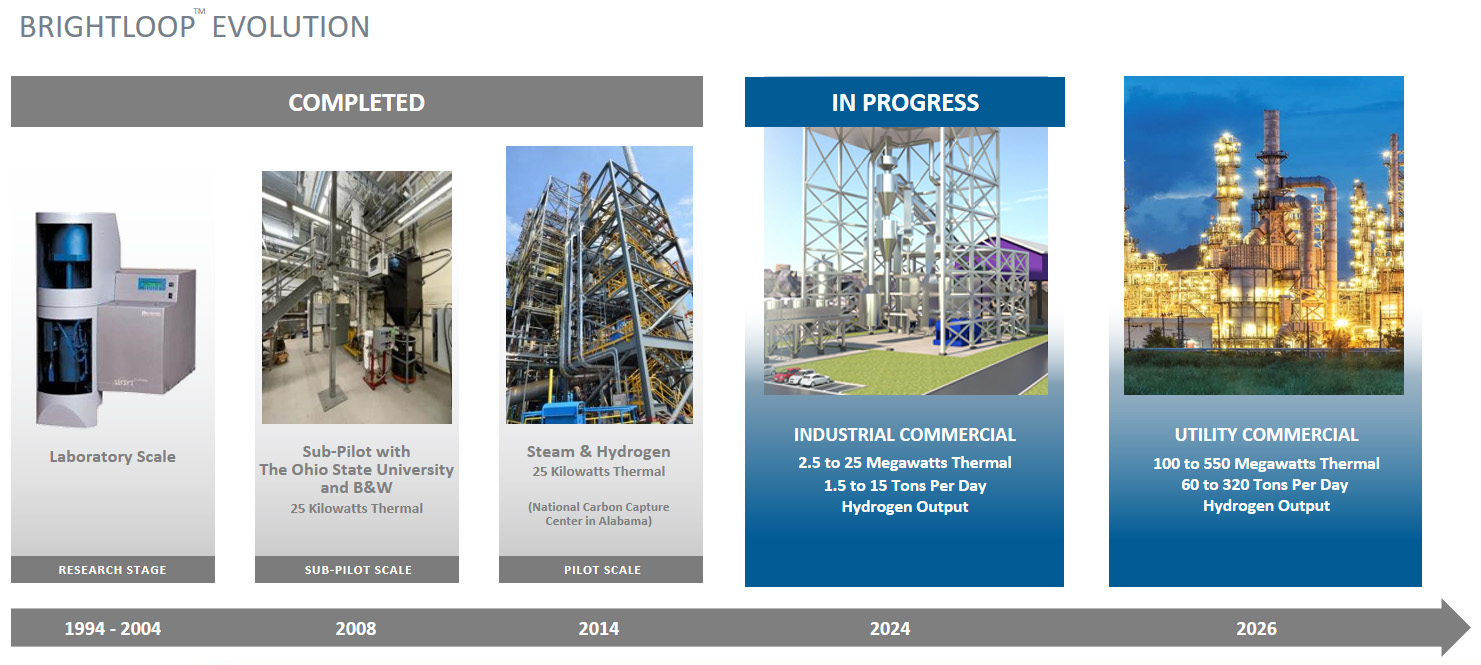 Under a DOE-sponsored project, B&W built a 250 kWt coal-based FDCL pilot facility to demonstrate the reducer and combustor operation for application to steam and power generation. On another project, our university partner demonstrated continuous hydrogen generation from the partial oxidizer at their 250 kWt pilot unit constructed and tested at the National Carbon Capture Center.

Given the success of the 250 kWt pilot units for application to hydrogen and steam for power generation, we are ready to commercially demonstrate the technology at a larger scale. B&W is proposing projects to demonstrate hydrogen and steam production, rated at a thermal input of between 2.5 and 25 MWt while utilizing the most applicable fuel feedstock.