Oxy-fuel combustion for use with coal to produce CO2 in an enhanced oil recovery application was evaluated by B&W initially in 1979 at the request of a major oil company. Beginning in 2001 and with the support of the U.S. Department of Energy (DOE) and others, B&W has worked to develop this advanced carbon capture technology for steam generation. The steam can be supplied at various temperatures and pressures for use in processes or for use in a steam turbine if electrical generation is desired.  This oxy-fuel combustion process can be applicable to coal, natural gas, biomass, or oil-fired units.

In the oxy-fuel process, boiler combustion air is replaced with nearly pure oxygen from an air separation unit (ASU). Nitrogen that would normally be conveyed with the air through conventional air-fuel firing is excluded. Instead, a portion of the CO2-rich flue gas is recirculated to a conventional pulverizer/burner/fluidized bed system, substituting CO2 for the nitrogen in the furnace. Oxy-combustion creates a flue gas that is primarily CO2, rather than nitrogen, and includes typical products of combustion. The non-recirculated flue gas leaving the boiler is cleaned using conventional particulate and sulfur removal systems and sent to the compression purification unit (CPU) where a high-purity CO2 stream is produced suitable for transportation or other uses.

B&W provided oxy-fuel technology for use with coal on the DOE Future Gen 2.0 demonstration project in Meredosia, Illinois, which was a retrofit of a 167 MWe coal-fired power plant. Although construction began in 2014, the project was canceled in 2016 due to redirection of DOE funding support. B&W has continued to develop oxy-fuel technology and it is ready for full-scale commercialization and deployment. 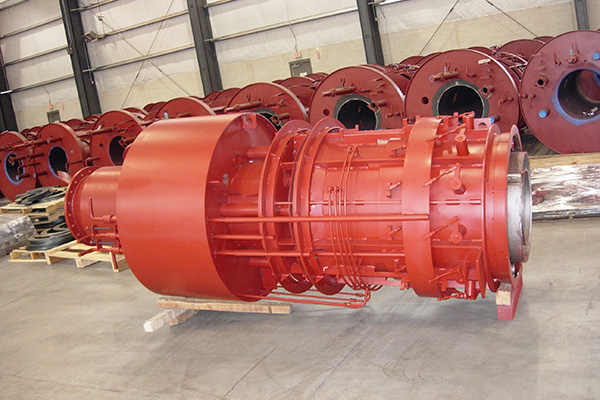 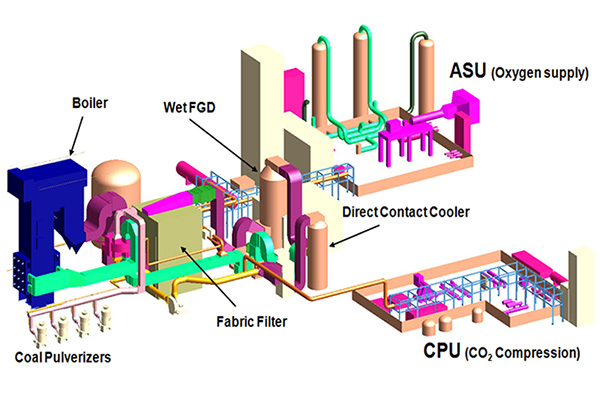