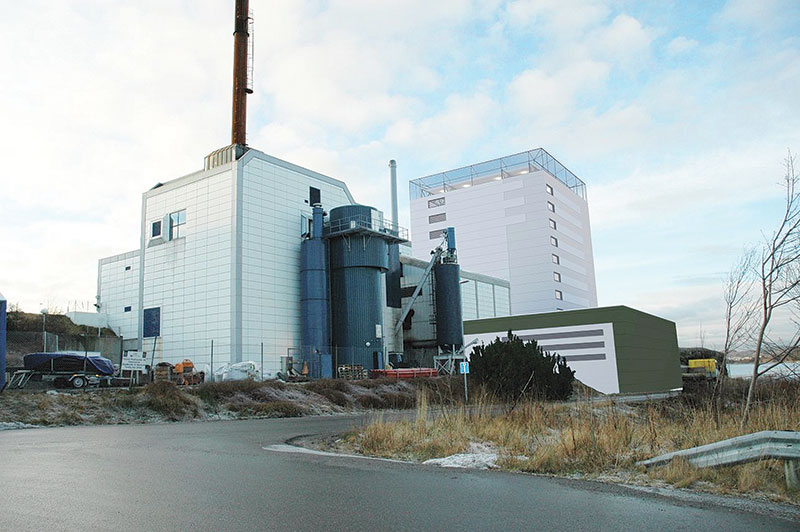 In November 1999, Babcock & Wilcox Renewable (B&W), was awarded the contract for the delivery of a steam boiler plant for Birka Värme AB. The plant is installed at the cardboard factory Örebro Kartongbruk AB, situated in Örebro, Sweden. The fuel consists partly of wet and dry fractions of waste from the cardboard factory and partly of unsorted industrial waste including plastic, wood and a fraction of uncombustible material.

Using VølundTM technology, the boiler generates saturated steam for use in the cardboard factory. The plant is equipped with a water-cooled vibrating grate. The different types of fuel receive preliminary treatment in order to divide the fuel into smaller particles and to mix the wet and dry material.

The fuel is delivered to a dosing silo from which it is distributed to four water-cooled screw feeders. In this way the fuel is kept close to the grate. The industrial waste contains a certain amount of aluminium which will melt during combustion but will subsequently be cooled by the grate and carried out with the ash. The ash is delivered into containers for removal. The fly ash is gathered in big bags for disposal.

The boiler includes a selective non-catalytic reduction (SNCR) system for NOx reduction. Bicarbonate is fed into the flue gas duct before the filter to reduce the amount of chlorides and sulphur dioxides in the flue gas. If necessary, active carbon can be added at a later stage for reduction of dioxins. The steam is used in the cardboard factory’s drying process and for heating purposes. 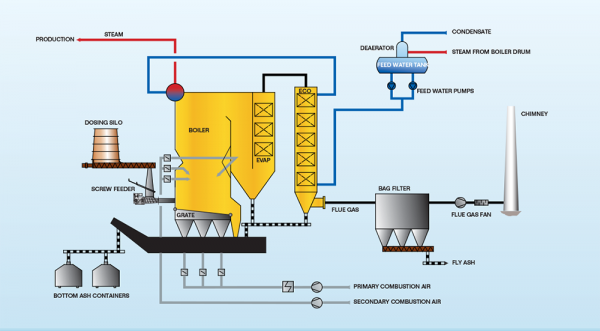 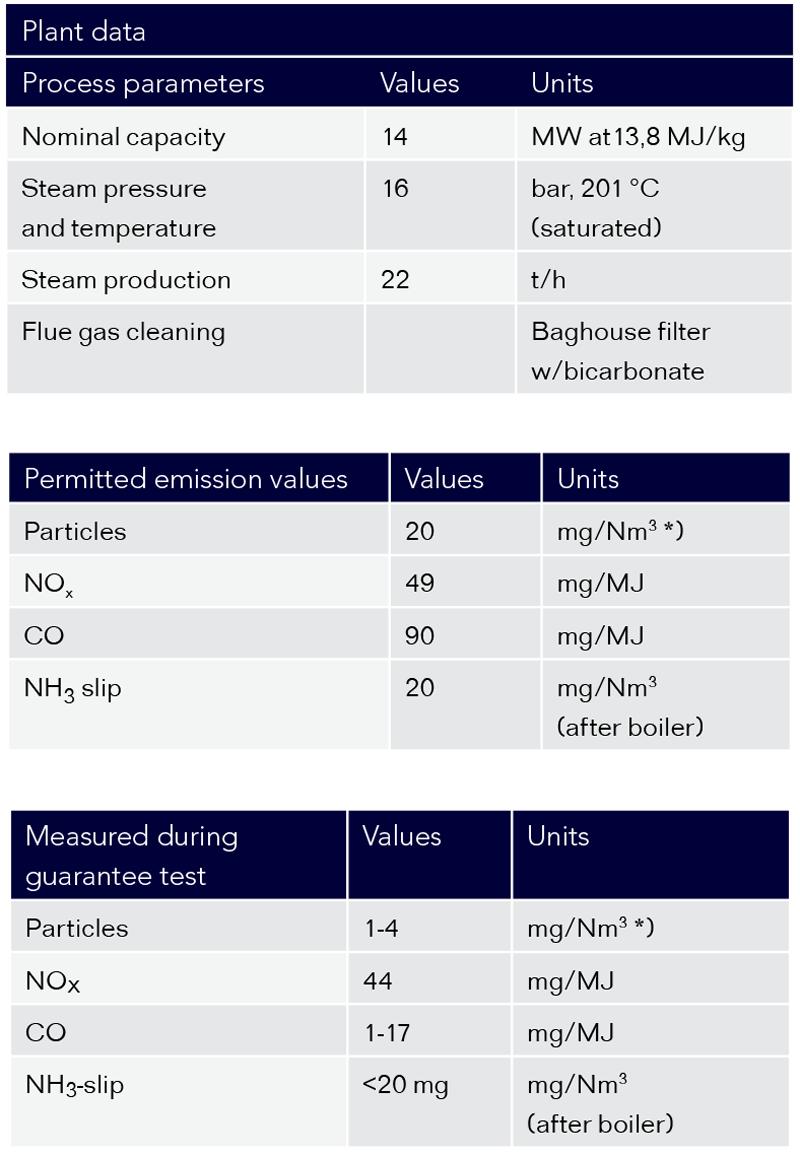