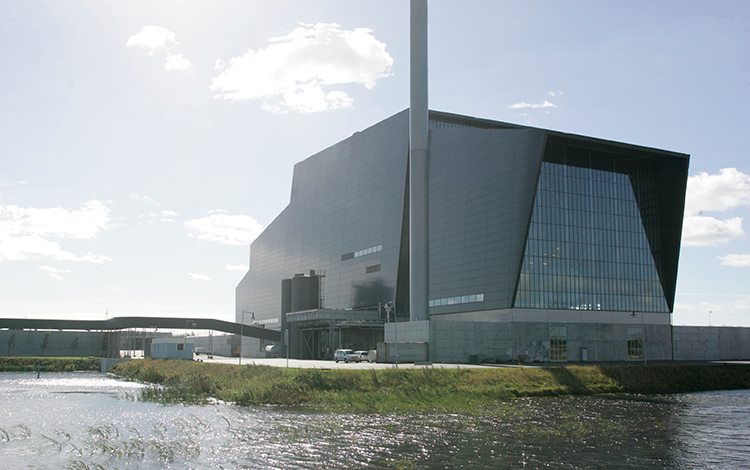 Energnist on 18-month intervals:
We save three weeks every three years

"The difference is the year in which we do not have a maintenance shutdown. That year, we gain three weeks," says the operations manager at Energnist in Esbjerg, Denmark, René Pedersen, about the bottom-line result of the plant’s stretch of the maintenance shutdowns. Since 2014, the plant has extended its operating period to 18 months. This means that there is no maintenance shutdown every three years. Thus, 2020 was a year without a shutdown, which then came in the spring of 2021. The next stoppage is scheduled for the fall of 2022. Plant personnel have gradually learned what is required to increase the span.

An educational year
Initially, Energnist were so successful with the new plan that “We were almost too proud of ourselves,” says Pedersen, adding “but then, in 2017, we had several unplanned stoppages due to the slag scraper chains breaking. The chains snapped and links had to be replaced. The time between the snaps became shorter and shorter, and in the end, we had to replace the entire chain. That year, we had 127 hours of downtime, all because of the chain breakages."
The 127 hours of downtime represented a significant increase compared to the plant’s previous best year, which experienced just 26 hours of downtime. Additionally, the plant normally has an uptime of 98 to 99 percent both before and after the switch to 18-month intervals.

"We learned that we need to check all systems,” says Pedersen. “Not just the boiler, but also the turbine and flue gas treatment system. You can't just go back a year in history and see what can last. Suddenly a system will fail. That’s what happened with the chain."

"Today, B&W Renewable’s inspectors go through the entire boiler and combustion equipment and prepare a report that describes what we need to do now, what we need to do to prevent systems from failing, and what we need to do at the next stop,” says Pedersen. “Then, at the end of the maintenance shutdown, we’ll go through it again," and adds that B&W uses an extended measurement program to check the boiler pipes and material thickness to see whether there are any weaknesses or whether key components can last for 18 months. Flue gas treatment systems and turbines are also checked and measured by specialists.

Preparing a stand-alone boiler
The transition to 18 months of operation did not happen overnight. It was prepared for, planned and implemented over several years. In 2005, the plant introduced water cleaning in the second and third passes and explosive cleaning during operation in the superheaters. It became possible to wash the tin hoppers during operation too, just as the plant was equipped with a new impeller for the ID fan and a new suction housing to avoid coating build-up, and another type of filter bag was introduced to collect particles and dust.

The preparations also included optimizing the energy controls in collaboration with B&W, so that the boiler runs efficiently and is controlled properly to prevent hotspots in the boiler.

Refractory lining was removed from the first boiler pass. “The refractory is an Achilles heel because it tends to break off and leave pipes unprotected,” says Pedersen. “The entire first pass has been replaced with Inconel®, and the distance between the pipes has been reduced from 100 to 80 millimeters."

Won and saved
Based on seven years with a one-and-a-half-year service interval, Pedersen summarizes, "It is possible to stretch the time between shutdowns if the boiler is properly prepared and the risk of mechanical wear and stoppage is reduced. All systems must be checked during the maintenance shutdown, and during the operating period, you must be aware of whether the composition of the waste changes in a way that can cause wear to the system."

Pedersen continues "So, if you ask, does longer operation periods result in operational stoppages? No, they don’t. Can the grate castings last for 18 months? In our case, yes, they can."

"All things considered, we don't spend extra on maintenance,” Pedersen concludes. “Our costs have not increased. The difference lies in the year that we do not have a maintenance shutdown. That year, we gain three weeks and save the costs of preparing for the maintenance shutdown, such as cleaning the grate, erecting scaffolding, sandblasting the boiler, and cleaning tanks. In total, this amounts to somewhere between two and two-and-a-half million kroner" (270 to 336 thousand Euro).