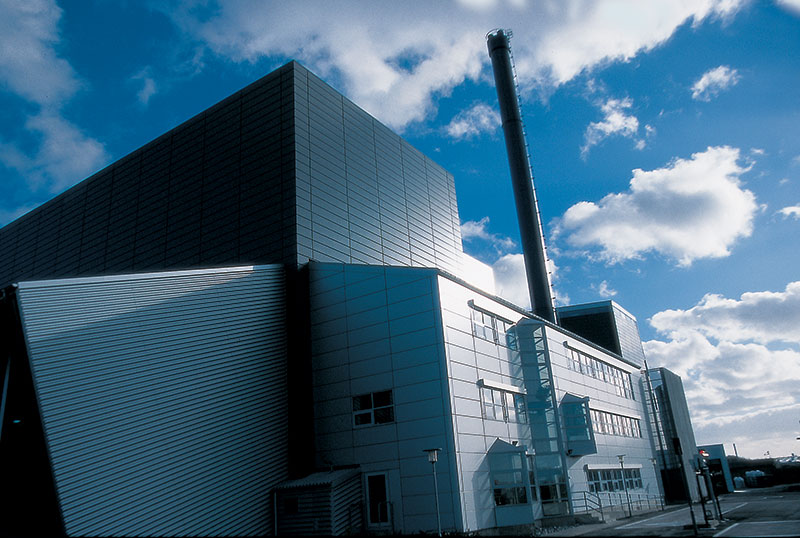 The I/S REFA waste incineration plant in Nykøbing Falster, Denmark, about 120 km south of Copenhagen, is jointly owned by 13 municipalities. The company handles all collection and treatment of waste from the 13 municipalities and has approximately 65 employees.

The company collects and treats all kinds of waste from households and industries on the two islands of Lolland and Falster, a total of about 200,000 tons/year. The majority of the waste is either combusted or recycled.

The first part of the waste-to-energy plant was built in 1983, and consists of lines 1 and 2, each with a capacity of 4 t/h. The lines are equipped with hot water boilers for supply of district heating to the city of Nykøbing Falster. They are in operation throughout the heating season and also function as back-up for line 3. The lines were completely renovated in 1998-99.

By 1995-96 the amount of waste had grown considerably, and a third line with a capacity of nine t/h for generation of electricity and district heating was planned. This combined heat and power line went into commercial operation in 1999, and now supplies the district heating requirement of the city in cooperation with lines 1 and 2 (740 TJ/year). In addition, line 3 supplies electricity (50 GWh/year) to the public electricity grid. 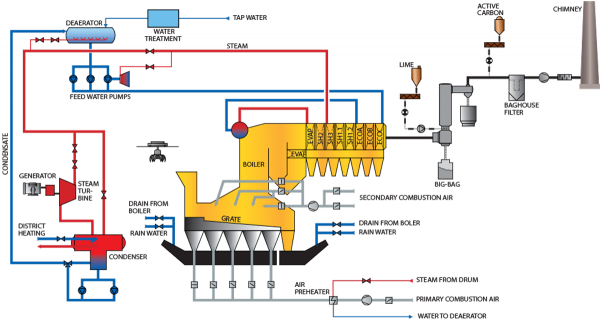 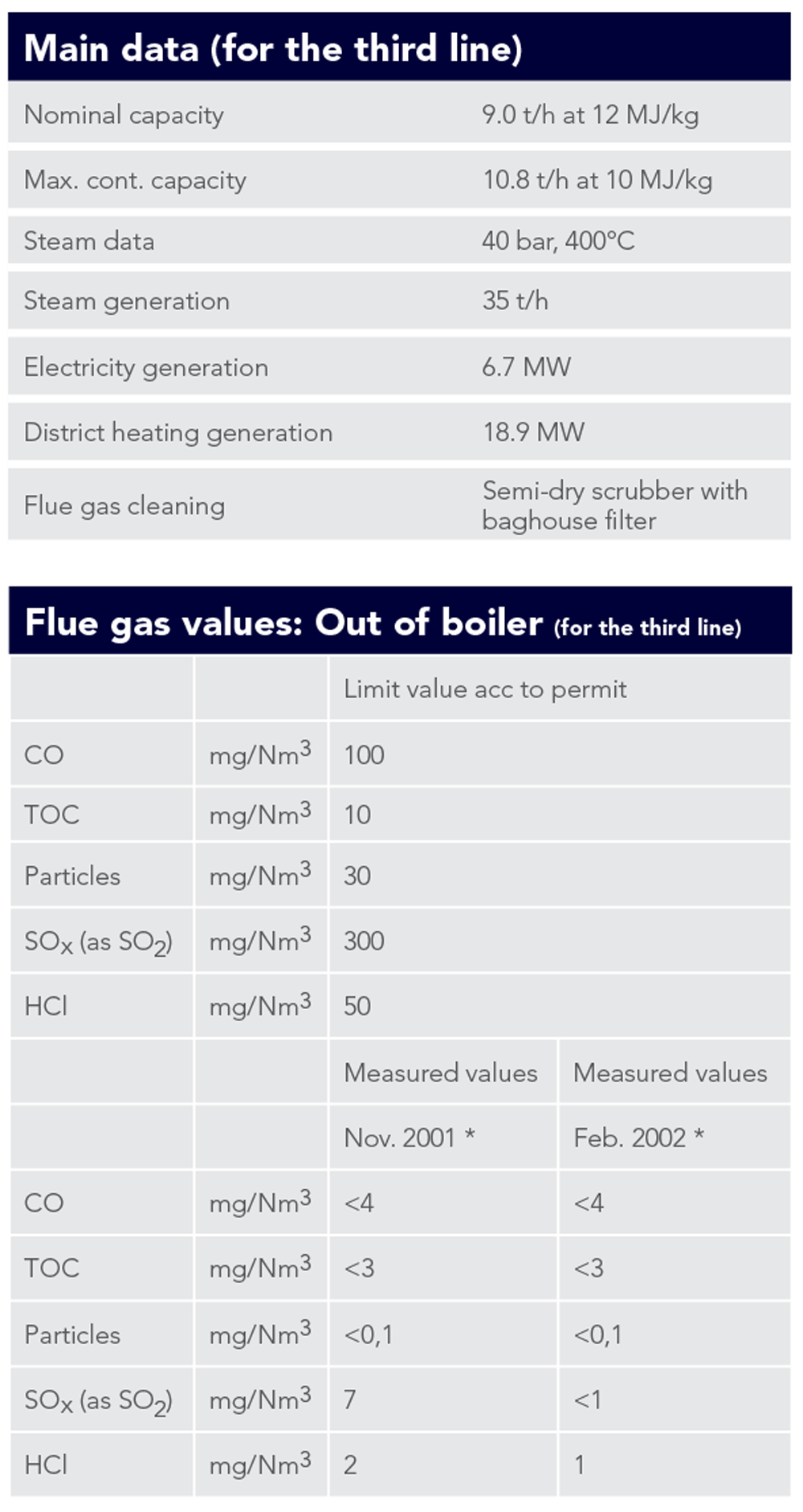