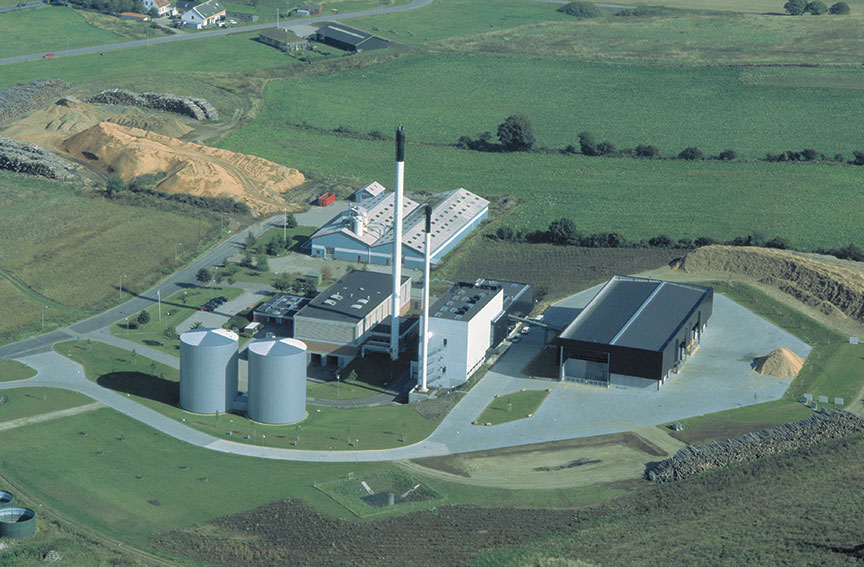 The Fjernvarme Amba plant in Assens, Denmark, has the capacity to supply nearly all of the town’s 5,400 inhabitants with combined heat and power (CHP). Assens Fjernvarme Amba is a co-operative society owned by the district heating consumers in Assens. The same company owns and operates the CHP plant.

In October 1997 Assens Fjernvarme Amba contracted with Babcock & Wilcox Renewable (B&W) for the building of the new biomass-fired CHP plant. The plant was delivered as a turnkey plant in March 1999, only 15 months later.

Using VølundTM technology, B&W designed the boiler for firing a wide range of biofuels, which will consist mainly of forest wood chips with up to 55% moisture, sawdust, chipped clean wood from industry, and wood pellets.

From the wood chip storage the fuel is carried via a conveyor and a buffer silo to two pneumatic throwers which blow the fuel into the furnace. Here a partial drying and gasification takes place while the fuel is still in suspension. The actual combustion takes place on a water-cooled vibrating grate provided with three air zones.

Secondary combustion air and recycled flue gas are added to the furnace combustion zone through a large number of nozzles in the boiler’s front and rear walls. Slag and ash are gathered in containers and transported to a deposit site.

After the boiler the flue gases are carried through an electrostatic precipitator to clean the flue gas of fly ash, and subsequently through a flue condenser, if required.

The plant control system is based on a Simatic S7 PLC. The general decentralized control system consists of an IGSS32 operating system with several PC operator stations from which the plant is controlled and alarms and conditions of operation are monitored. 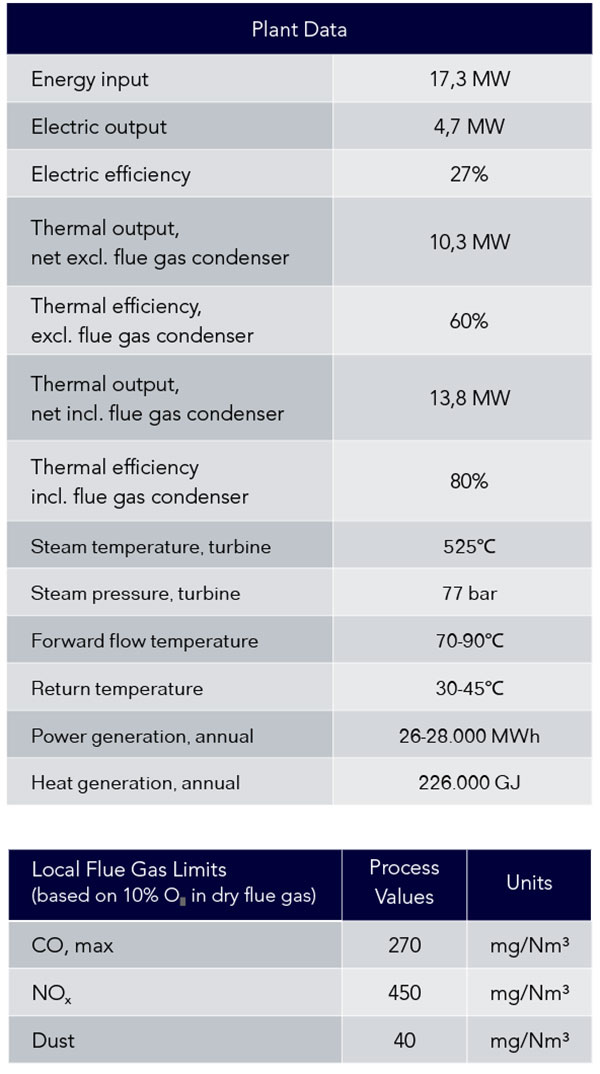 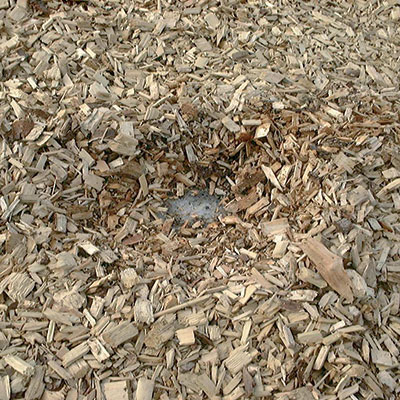 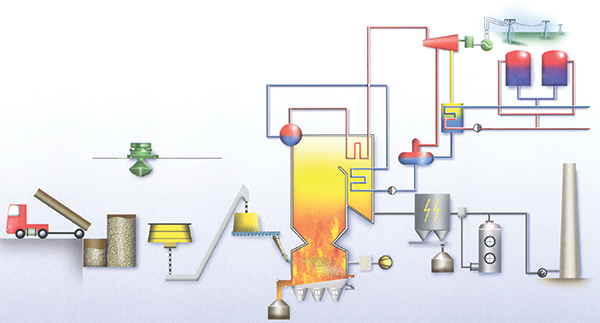